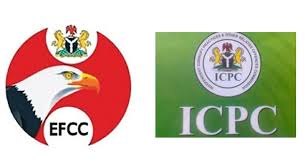 From Tom Garba, Yola
President Muhammadu Buhari has been urged about taking his anti-corruption fight a notch higher by making funding of anti-graft agencies a top priority, if his campaign against corruption must succeed.
Attorney General and Commissioner of Justice, Adamawa State, Mr. Bala Sanga, who gave the charge on Monday, also lauded President Buhari’s political will to fight corruption saying it “has been 100 per cent.”
However, he noted that although the President has so far demonstrated a commendable level of political will to fight corruption,” but “how effective is the law enforcement agencies in fighting corruption?” he queried.
Sanga posited that “to effectively combat corruption certain ingredients must be in place,” which he listed to include “the political will to fight corruption as exemplified by the President, effective law enforcement, Judiciary, civil society and media, all of which need to be efficient.”
But he regretted that even though he still rated their performance as good, “yet they remain weak to support the war on corruption to proceed smoothly.”
The missing link, he said, “is that certain capacities that should be inherent in modern law enforcement as well as global best practices in combating corruption are still not in place.”
Sanga therefore, called on the President to make funding to the anti-graft agencies like the Independent Corrupt Practices and Other related Commission (ICPC), Economic and Financial Crimes Commission (EFCC) and the Code of Conduct Bureau a top priority of his administration.
He observed that his prior experience of working with the EFCC as a Director in charge of money laundering showed that law enforcement “is grossly underfunded, under-trained and does not have the requisite infrastructure and equipment to fight corruption.”
As a result, he noted, “the country’s anti-graft agencies remain ‘bulldogs’ but they are not powerful and truthfully bulldogs”.
Sanga added: “They can do better but I suspect that at the moment they are poorly trained, poorly funded and equipped.”
He noted that “for quite a long time, these agencies have been trying to do their best with the minimal resources,” and therefore urged the Buhari-led All Progressives Congress (APC) administration to boost them with funds “to bring the anti-graft agencies up in line with global best practices.”
His words: “My advice to the President therefore is that if the anti-corruption war is to succeed, he must make funding of the ICPC, and the EFCC his top priority. Most importantly, the Code of Conduct Bureau should also be funded adequately. Give them state-of-the-art equipment and train the officers in modern investigation technique.”
He charged the President to set aside funds for special trainings for personnel engaged in the anti-corruption fight “because corruption being a white collar crime requires some level of sophistication from those prosecuting it. The kind of training we give to them should be higher than that of the average officer you see on the street.”