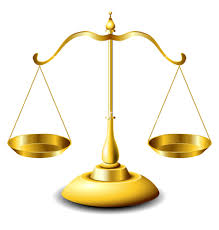 From Tom Garba, Yola
Work on the amendment of the penal code for the 19 Northern states will be concluded before the end of January, Secretary, Attorney General Forum for the 19 Northern states of the Federation Mr. Bala Silas Sanga, has said.
Sanga, the Attorney General and Commissioner of Justice in Adamawa State, disclosed that the attorneys-general of the 19 Northern states, created at the instance of the Northern Governors’ Forum last year have been working together to review the penal code.
The Penal Code is the substantive law in operation in all the 19 Northern states, as opposed to criminal Acts applicable to the administration of justice in Southern states.
He said the kernel of the reform to the penal code which the entire 19 Northern states have undertaken, is to come up with a model law, which takes out some obsolete sections and modernise it by introducing new crimes such as cyber-crimes and terrorism.
Barrister Sanga, who stated this in an interview with The Dream Daily, said work on the draft model law to replace the penal code in operation in the North would be ready soon.
However, he noted that the meeting of the Attorneys-General of northern states have agreed that each state was at liberty to adopt the modified penal code when ready as it suit it.
He noted that most states of the North would have domesticated the administration of criminal justice act recently passed into law but had to put it on hold following the creation of the Forum of the Attorney-General of 19 Northern states, which has the mandate of the Northern Governors’ Forum to review the penal code in line with emerging trends.
Sanga said: “We have not finished work on the model law, we probably will wrap up before the end of January 2016 and then give out to all the 19 states. I’m aware that two or three states have domesticated the Administration of Criminal Justice Act before the Attorney General Forum was created.
“Adamawa is yet to domesticate the law. However, when we are done with the model law, every state is going to look at what we have and if it suits them they can repeal the one they adopted and work with the model law.”
Sanga revealed that the innovation being proposed in the new penal code under review, is the alignment of the penal code with federal statues. He said: “Anywhere a crime is committed in the North that is an offence against the Federal Statues, it is equally an offence in the Northern states as long as the Northern states have the power to legislate on such conduct. By implication all federal offences automatically become state offences, to the extent that the state has powers to legislate on such conduct.
“Secondly, it is part of the assumed law but we have reduced it expressly in writing in the new model penal code. Even if the offence is one that the state cannot legislate on, the Attorneys-General of the Northern states can obtain the fait of the Federal Attorney-General and prosecute it locally. In essence, we are trying to take responsibility on criminal conducts in our states. We want to take ownership and we want to police the North and by so doing reduce the level of insecurity and criminality.”