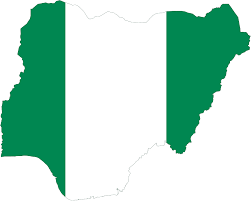 By Jeff Okoroafor
Is the country better off today as it was eight, nine months ago when a well-respected, self-disciplined and fearless man in the name of Muhammadu Buhari, walked into the Aso Villa and vowed to work tirelessly for his people? There’s definitely no justifiable or modest way to respond to this question without looking at facts and figures – unemployment rate and economic growth rate.
According to the National Bureau of Statistics (NBS), unemployment rate in the first quarter of last year, 2015, jumped to 7.5 percent, compared to 6.4 percent reached in the fourth quarter of 2014. Third quarter of same year, 2015, pegged it at 9.90 percent from 8.20 percent in the second quarter of same year.
Today, according to Trading Economics, unemployment rate has risen to approximately 26.0 percent. On the economic growth rate, the NBS report of 2015 indicated that the real growth rate of the monetary value of all goods and services produced in the country during the period of 2015 slowed to 2.4 percent Y-o-Y, down from 4.0 percent in Q1, 2015 and 6.5 percent in Q2, 2014. Presently, the percentage growth rate of our economy is 2.8 percent or approximately 3.0 percent. Based on these criteria, it is safe to state confidently, that the country is not better off today as it was eight, nine months ago when Buhari took over.
About eight, nine months ago, Nigerians had great hope. Hope that those who have perpetrated hideous financial crimes against the Nigeria state and the people, will be brought to book – prosecuted and imprisoned accordingly. Hope that the hardship they face will disappear in a twinkle of an eye – jobs created and economy made stable. Investors, businessmen and women, manufacturers, importers and exporters of different goods and services, are also not left out in this brackets of hope faithful.
Fast-forward to eight, nine months later, their situation has worsened. Hopes has been dashed. The economy is in a terrible shape and deteriorating by the day. Companies are laying off workers while those who no longer have capacity to stand are shutting down. Lightly put, Nigeria is approaching a critical moment.
Following the 2015 estimates by the Displacement Tracking Matrix (DTM) as carried out by teams composed of the International Organization for Migration (IOM) staff, members of National Emergency Management Agency (NEMA), the State Emergency Management Agency (SEMA) and the Nigerian Red Cross Society, 1,538,982 people forced to flee their homes in the North East of the country are still living in internal displacement.
This figure includes people displaced as a result of brutal attacks by the Islamist armed group Boko Haram in north-eastern Nigeria, the government-led counterinsurgency operations against the group, ongoing inter-communal clashes and natural hazard-induced disasters. That was the “official” figure in 2015, right now, that figure has been tripled – over 3 million people in the North East are internally displaced.
Before Buhari came in, Boko Haram were seizing territories, bombing places and killing people. That hasn’t changed today. They still have control of some towns in the North East of the country. They still blow up markets and other public places. They still kill innocent Nigerians. In a plain language, security is still an issue. And let’s also not forget too soon, the 219 Chibok schoolgirls who were abducted in 2014, they remain captive even as you read this piece.
The law enforcement authorities have refused to pursue several high-profile criminal cases, consequently exasperating the public and deepening the crisis of confidence in the system. Amaechi, Fashola, Tinubu et al, became the focus of intense public anger after the emergence, successful swearing in of Buhari as president fuelled by his inability to prosecute them. Those arrested so far by the Economic and Financial Crimes Commission (EFCC) have only been prosecuted and sentenced on social media. The presidency has justified its decision by saying that a planned new anti-corruption court will have the job of handling controversial (special) cases.
Right now, given all that is happening, what Nigeria urgently need is a reset; a reboot. We need to take it from the top. If it means a wholesome change in the composition of the current government then so be it. Any minister who up till this very moment hasn’t figured out how to institute real, cost-effective and economically viable change, should go. We currently have too many SSAs, SAs, PPAs, PAs…with same job descriptions which doesn’t make economic sense, a lot have to go.
The president has made too many travels since becoming president – with tax payers money. These travels have not yielded one positive result. In some countries, wasting of tax-payers’ money is tantamount to removal from office. The travels are becoming harmful to us as a nation and so have to stop. We need a more focused, stay-at-home-money-saving president. Most of those travels can be delegated.
What we presently have is a system and process that hopes on “honest” people to run leadership positions, and lead accountably and transparently. But what happens when “dishonest” people occupy those positions, as we have had over the years? President Muhammadu Buhari won’t lead forever and we can’t keep going back and forth in trying to manage these destructive habits that have reduced us to this level. While we wait for self-repentant individuals, the government must institute systems and processes that will make corruption impossible to practice.
The ruling party, APC, must patch up their numerous internal and external differences and get on with the work of reform, and stand up to those who exemplify the old ways. If this is not done and done quickly, Nigerians who already are tired of being used, will lance the boil and take dramatic action in order to restore momentum towards change.
God help Nigeria!
Jeff Okoroafor is a Good Governance Advocate, Civil Rights Activist. The Founder of OpinionNigeria.com and a Strategic Team Member for the Bring Back Our Girls.