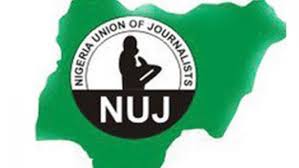 From Tom Garba, Yola
The Nigeria Union of Journalists, (NUJ) Adamawa State Council has elected new state executives (officials) to handle the leadership affairs of the Union for three consecutive years in the state.
The state triennial delegates conference held last weekend saw the emergence of comrade Salihu Abubakar of Adamawa State Television Yola (ATV) as state Chairman unopposed, while Alhaji Umar Dankano of the Peoples’ Daily Newspaper was also elected state Vice Chairman of the council unopposed.
Others that made the leadership list were: Zare Baba of the Adamawa Press Limited (APL), Alhaji Shekarau Yerima of Gotel Radio Yola and Madam Tina Valdo of the Adamawa Television Yola (ATV) who were returned unopposed as state secretary, financial Secretary and state auditor respectively.
However, Mary Adamu of NTA Yola polled 83 votes to emerge as the council’s Treasurer defeating other two contenders; Mallam Isah Tukur of Adamawa Broadcasting Cooperation (ABC) Yola, who scored 67 votes while Mr. Anthony Taru of state ministry of information chapel who got 12 votes.
Muhammad Lawal Paris of state ministry of information chapel clinched the office of Assistant Secretary by polling 86 votes to defeat his only opponent, Mr. Emmanuel Njaprim of the Taraba Sunrise Newspapers who scored 74 votes as well.
Addressing the new officials and members of the union at the NUJ Press centre in Yola on Saturday both the zonal Vice President in charge of zone E, Hajiya Aishatu Ibrahim Kwaya and the Zonal Secretary, Zone E, Alhaji Suleiman Ibrahim Abubakar, charged members to observed the professional code of ethics and use the union’s constitution as guiding principles in handling union matters, noting that it will go a long way in addressing issues that may crop up simultaneously.
They also advised the new executives to know that they were under oath of offices which made them accountable not only before the congress members but Almighty God.
Similarly, the Adamawa State Government has called on the leadership of the NUJ in the state to rise against members’ casualization by some media owners who are out to exploit them.
Commissioner of Information, Comrade Ahmad Sajoh, made the call at the inauguration of the newly elected state executive of the union in Yola.
Sajoh said that some practicing journalists were not being paid by their employers who instead issued them identification cards expecting to them to use it to intimidate and exploit innocent citizens for their survival.
He urged the union to save the noble profession from derailing from its constitutional role of being the watchdog of society.