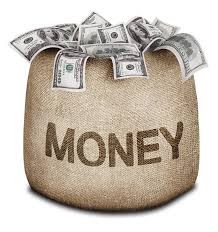 From Tom Garba, Yola
The Bachama Traditional ruler, Chief Honest Irmiya, has called on would-be beneficiaries of the micro-credit loan facility of the “Bindow for Social Change” programme to pay back the loans promptly, as it is the best way to keep the policy of changing the lives of the people for the better initiated by the Governor Jibrilla Bindow’s administration.
The paramount ruler of the Bachama kingdom made the call during an advocacy visit by the state’s Ministry of Information on the Grassroots Change Initiative (GCI) for the Bindow for Social Change.
Chief Irmiya, who is one of the first class chiefs in the state, said that the prompt payment of such loan would enable others to benefit from it.
He commended the state government for the gesture, adding that such vision would reduce the attitude of dependency on the government.
He advised the people not to sabotage the good policies of the administration, stressing that the policies were aimed at positive change.
He urged the government to sustain such good policies, noting that policy summersault is the cause of underdevelopment.
His words: “I want to commend the state government for this good initiative as it is aimed at reducing over-dependency on the government. I also advised the people not to sabotage this initiative because it will impact positively on our people. On the part of the government, I encourage them to sustain the policy because policy summersault caused our present situation. To those who will benefit from this initiative, I encourage them to pay back promptly for others to benefit too.’’
Commissioner for Information, Ahmed Sajoh, who led the delegation, said that the initiative was to inculcate the values of productivity in the people.
Sajoh said that the N30,000 micro-credit loan facility would be disbursed to 60 people in each wards in the state.
He said that the revolving loan was an interest-free one which would be payable within nine months.
He urged the traditional rulers to monitor beneficiaries within their domains to ensure they do not deviate from the prescribed guidelines.
The commissioner said that the role of the traditional institution was crucial for the change mantra.