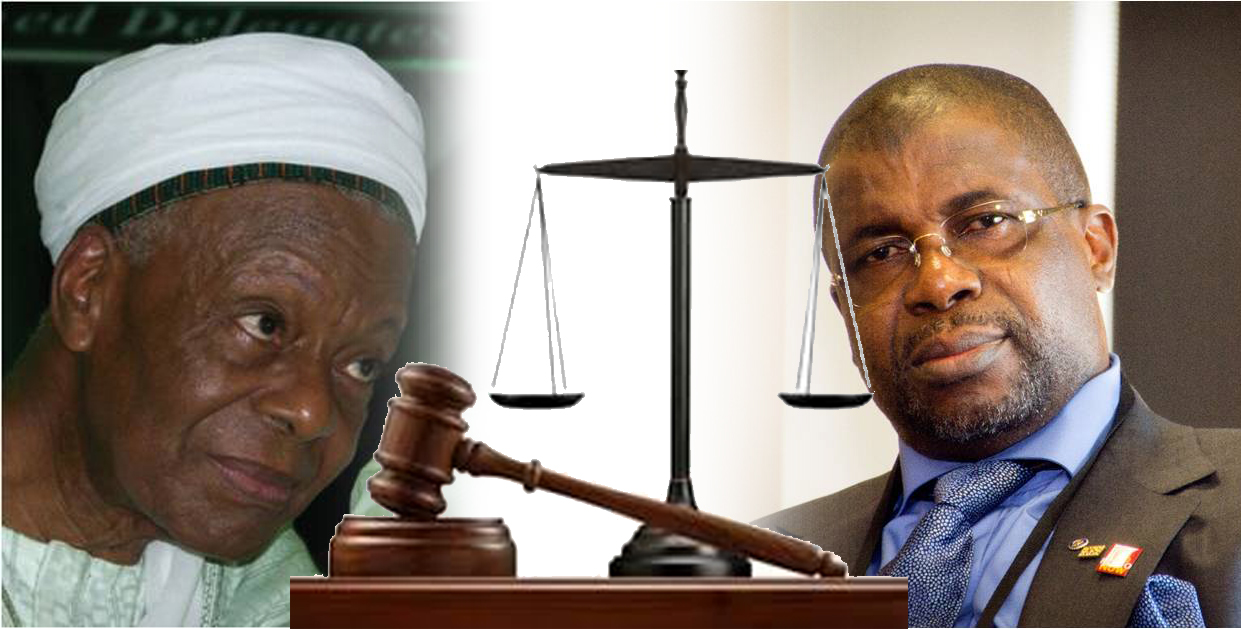 Sokoto Prince, Elder Statesman and Chairman, Abuja Electricity Distribution Company, Ambassador Shehu Malami, and Chairman, Chrome Group cum Enugu Electricity Distribution Company, Sir Emeka Offor, have initiated a last-ditch appeal at the Supreme Court contesting their losses at the Court of Appeal, Abuja Division in a case instituted against them by a Nigerian-American Businessman, Mr. Imonkhuede Ohikhuare, over a choice property located at Plot No 1809, Asokoro, Abuja.
The appellants are asking the Supreme Court to upturn the judgment of the Federal Court of Appeal delivered on May 28, 2015 in favour of Mr Ohikhuare who was forcefully evicted from his property on September 12, 2012 by an unlawful execution of the judgment of a High Court of Abuja delivered by Hon. Justice A.S Umar who then gave the properties to Malami.
But in a landmark judgment in Suit No CA/A/370/2012 delivered on Thursday May 28, 2015 by Justice Mohammed Mustapha, JCA and concurred to by Justices Tinuade Akomolafe-Wilson, JCA and Tani Yusuf Hassan, JCA, the Appeal Court, Abuja resolved four of the five issues for determination in that suit in favour of Mr Ohikhuare.
Subsequently, the Appeal Court declared that Mr. Ohikhuare’s “appeal therefore succeeds, perforce, and is allowed; judgment of the trial High Court of the Federal Capital Territory, Abuja in Suit No: FCT/HC/CV/105/2010, and delivered by Honourable Justice M.S. Umar on the 17th day of May 2012 is hereby set aside, with N30,000 for the appellant, against the 1st to 5th respondent.”
Malami claimed at the Appeal court that he sold the land in question and gave an irrevocable power of attorney to Offor in 2005 before he (Malami) instituted and started a case at the High Court in 2006 as Plaintiff, a claim the Court of Appeal found spurious and untenable, hence entered judgment against the elder statesman and Offor.
Interestingly, in appealing the Court of Appeal verdict at the Supreme Court, Malami and Offor, who are still in possession of the two-wing duplexes built by Mr. Ohikhuare on Plot No 1809, Asokoro, are essentially asking the apex court to revert itself on a precedent unanimous ruling by five justices lead by Justice Samuel Nkanu Onnoghen of February 11, 2014 in which their Lordships stated “that appellant haven sold or divested himself of any interest in the property subject matter of the appeal, has no further interest to be protected .”
When the appeal came up for hearing for the first time before the Supreme Court on January 25, 2016, the apex court adjourned the matter to May 17, 2016 due to the absence in court of the Fourth Respondent and former Minister of Transport, Alhaji Habibu Aliyu, who sold Plot No 1809, Asokoro to Mr. Ohikhuare in 2006.
In that year, Mr. Ohikhuare bought Plot No 1809, Asokoro for the sum of N50 million, perfected all instruments on it and built residential apartments valued at about N1 billion on the land. Between the time Mr. Ohikhuare bought the land, built the apartments and moved in with his family – four years – the first and fifth respondents in that appeal, that is Malami and Offor, their privies or agent did not lay claims to Plot 1809 Asokoro.
Mr. Ohikhuare was living with his family in the property until he was allegedly ejected with force from it, on the strength of the now faulted and discarded verdict of Justice Umar.